The UNHCR voices alarm at an increasing number of attacks by armed groups on displaced civilians in the African nation. 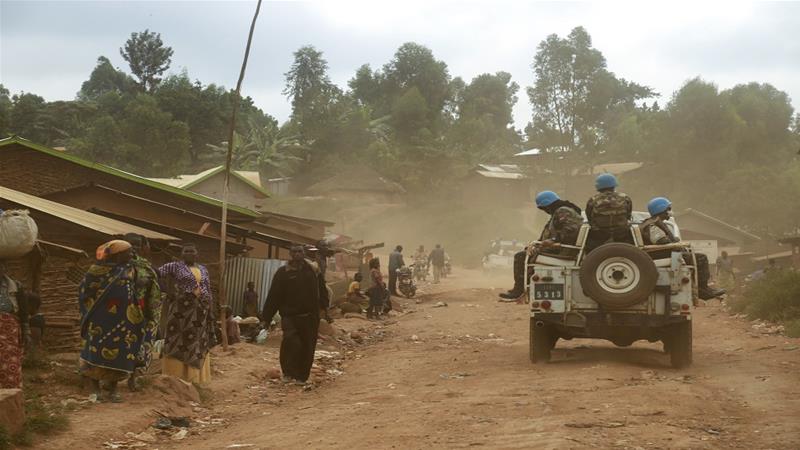 More than one million people have been forced to flee their homes in the violence-ravaged eastern Democratic Republic of the Congo (DRC) since the start of the year, the UN High Commissioner for Refugees (UNHCR) said on Tuesday.

The UNHCR voiced alarm at an increasing number of attacks by armed groups on displaced civilians, saying it was “appalled” by the surging violence.

“In the last eight weeks, UNHCR and its partners have recorded multiple attacks by armed groups on displacement sites and villages,” it said in a statement.

“Violence has displaced more than one million people in the last six months in these areas,” the refugee agency said.

The UNHCR urged the authorities in the DRC to strengthen the police and military presence in the east “to improve the security situation and hold the perpetrators accountable”.

“UNHCR is receiving accounts of the way armed groups are unleashing terror on people as they flee, in displacement sites and hosting areas, and when they attempt to return, including reports of killings and mutilation, sexual violence and looting,” the agency said.

“The displaced population is also subject to reprisal attacks for their perceived support for the army by returning armed groups, once the army completes operations to clear areas and is no longer present.”

The agency said the attacks were worsening an already complex displacement situation in the eastern DRC and were piling pressure on the areas hosting internal migrants, which were lacking food, water and healthcare services.

It also said healthcare centres had been attacked, with medicines to treat people potentially exposed to HIV being looted.

The DRC has one of the highest rates of internal displacement in the world, according to the UN.

More than five million people within the country’s borders have been uprooted by insecurity, while nearly a million more have sought safety in neighbouring countries as refugees.

The UNHCR said those uprooted were overwhelmingly women and children and it was providing shelter, relief items and cash.

The agency appealed for further funding, saying it had only received 21 percent of the 149.59 million euros ($168m) it needed for its DRC operations this year.

Some 2,000 kilometres (1,200 miles) from the capital Kinshasa, the eastern DRC is one of Africa’s flashpoints.

It was the theatre of two major wars, which ran from 1996-1997 and from 1998-2003, the second of which eventually involved nine countries and two dozen armed groups.

Millions died from the fighting, disease or malnutrition and violence and volatility remain acute today.

North Kivu, in particular, has suffered at the hands of militia groups, especially the Allied Democratic Forces (ADF), a mainly Muslim movement that originated in neighbouring Uganda in the 1990s. 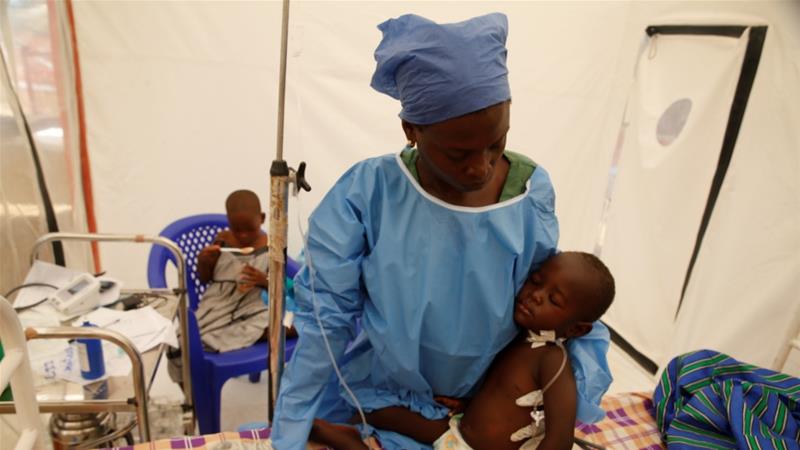 Is Ebola spiralling out of control in the DRC? 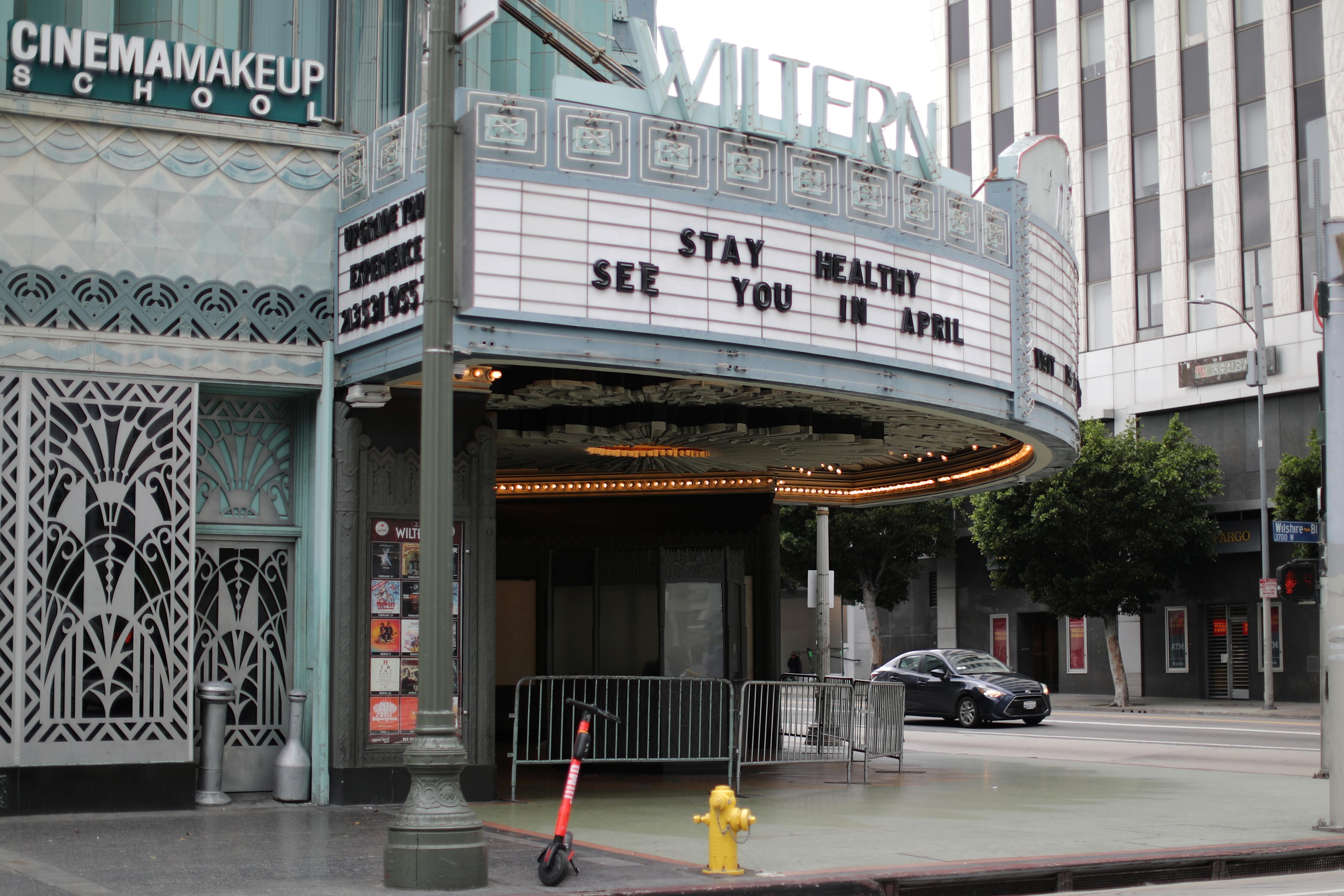 LOS ANGELES (Reuters) – Los Angeles Mayor Eric Garcetti on Monday announced he was taking a “hard pause” on when movie theaters in the city can reopen, citing an increase in coronavirus cases.

Los Angeles County is the biggest movie theater market in the United States.

“We have hit a hard pause on opening any more businesses such as movie theaters, bowling alleys, playgrounds, concert halls, theme parks or other entertainment venues,” Garcetti said at a news briefing.

He did not give a date for when movie theaters in Los Angeles might be given the green light to reopen.

The theater business has been devastated by the coronavirus shutdowns that began in mid-March, laying off tens of thousands of employees and borrowing funds to stay afloat.

On Monday AMC Entertainment Holdings Inc (AMC.N), the nation’s biggest movie theater chain, said it had delayed the reopening of its venues in the United States by two weeks to July 30.

Garcetti said the rise in coronavirus cases in Los Angeles in the last few days meant that it was “time for a collective course correction.”

CCTV footage captured the moment a teenager threw a six-year-old French boy from the balcony of the Tate Modern, a court heard today.

Jonty Bravery, 18, who has autism and obsessive compulsive disorder, spent more than 15 minutes stalking potential victims at the London tourist attraction before fixing on a young visitor who had briefly left his parents’ side, the Old Bailey heard.

The then 17-year-old, from Ealing in west London, was said to have ‘scooped (the victim) up and, without any hesitation, carried him straight to the railings and threw him over’.

The victim, who cannot be identified because of his age, fell around 100ft (30m) to a platform below, while shocked witnesses, including the boy’s parents, challenged Bravery.

The victim’s father originally thought the incident was ‘a joke’ until he saw his son’s severely injured and bloodied body below.

The child’s mother became ‘increasingly hysterical’ and tried to climb over the railings to get to her son several stories below, but was held back by staff, the court heard.

Bravery, who admitted attempted murder, was said to ‘have a big smile on his face’ and told the boy’s father: ‘Yes I am mad.’

The court heard he was under one-on-one supervision with Hammersmith and Fulham Social Services at the time of the attack on August 4, but was allowed to go out unaccompanied for four-hour periods.

Prosecutor Deanna Heer told Bravery’s sentencing hearing on Thursday that CCTV captured the incident, then showed the defendant backing away from the railings.

She said: ‘He can be seen to be smiling, with his arms raised. At one point, he appears to shrug and laugh.’

The court heard Bravery made his way on foot to the Tate Modern, arriving at 2.16pm, having previously scoped out the Shard – Britain’s tallest building – but was unable to afford a ticket.

Witnesses at the Tate said he was ‘behaving in an unusual way’ and was seen to look over the railings near where he would later throw the boy.

Two women, visiting the tourist attraction with their two sons aged 11 and eight, saw the defendant ‘smiling at the children’, the court heard.

The court was told the victim and his family – on holiday from France – arrived at the Tate Modern viewing platform at 2.32pm, having spent the day sightseeing and having a picnic by the river.

CCTV then caught Bravery turning towards the victim’s family, with the boy skipping a little way away from his parents.

Ms Heer said: ‘As (the boy) approached, the defendant scooped him up and, without any hesitation, carried him straight to the railings and threw him over.

‘The CCTV footage shows (the boy) falling head-first towards the ground.’

The court heard the boy suffered life-threatening injuries, and spent more than a month in hospital in the UK before being discharged to a hospital in France. He remains in a wheelchair, and will require 100% care support until at least August 2022.

Ms Heer said: ‘Whether he will ever make a full recovery is not known.’

She said Bravery blamed social services when challenged by witnesses moments after the incident.

The prosecutor said Bravery ‘sniggered’. Asked why he had done it, Bravery said: ‘It’s a long story.’

He was also heard to say, ‘It’s not my fault, it’s social services’ fault’, with a shrug, the lawyer said.

Following his arrest, Bravery was said to have asked police if he was going to be ‘on the news’.

He said that he had been ‘seriously unhappy’ recently and that he had to do anything he could to get out of his accommodation.

Ms Heer told the court: ‘He said he had to prove a point to ‘every idiot’ who had ever said he did not have a mental health problem that he should not be in the community.’

He said he had been planning the incident for a long time, the court was told.

Giving evidence, Dr Joanna Dow, a consultant forensic psychiatrist who works at Broadmoor Hospital where Bravery is being held, said she believed the defendant had a mixed personality disorder and struggled to manage his emotions.

She recommended Bravery be detained in hospital, rather than handed a prison sentence, so he could get treatment such as anger management and to learn social communication and interaction skills.

In a series of social media posts, which have since been deleted, Piers Bravery – the defendant’s father – attempted to raise awareness of autism and its treatment.

In one tweet to Health Secretary Matt Hancock, posted less than three months before the incident, Mr Bravery said: ‘Yes, @MattHancock, you do have a duty. You are a public servant so do your job and stop more children dying and being abused in these repugnant institutions.’

Get in touch with our news team by emailing us at [email protected].

For more stories like this, check our news page.