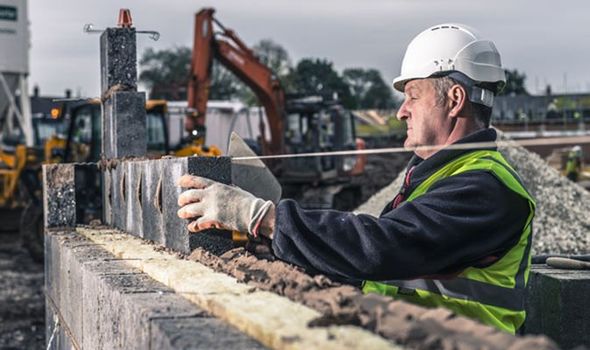 And his cash injection will be the first in a barrage of measures to help Britain “build, build, build” its way out of the downturn caused by the coronavirus lockdown. Mr Johnson said: “All children deserve the best possible start in life – regardless of their background or where they live. As we bounce back from the pandemic, it’s important we lay the foundations for a country where everyone has the opportunity to succeed, with our younger generations front and centre of this mission

“This major new investment will make sure our schools and colleges are fit for the future, with better facilities and brand new buildings so that every child gets a world-class education.”

Key spending commitments to be announced today include £560million for urgent repairs to school buildings to be carried out this year.

A further £200million of spending on upgrades to further education colleges announced in the Spring Budget will also be rushed forward to start as soon as possible.

And a further £1billion will be earmarked for 50 major school rebuilding projects to begin in September next year.

Whitehall insiders expect much of the cash to be spent in the North of England and the Midlands, where the Tories made spectacular gains from Labour at last year’s general election.

One Government source said: “These plans are a clear step forward in delivering on the Prime Minister’s agenda to get building and level-up the country.”

Full details of the proposals are to be announced in a Treasury spending review expected this autumn.

Mr Johnson is also set to pledge billions more for investing in building new hospitals and other large-scale infrastructure projects in a keynote policy speech tomorrow.

He will also set up an Infrastructure Delivery Taskforce – dubbed “Project Speed” – headed by Chancellor Rishi Sunak to clear out any bureaucratic obstacles threatening to delay the construction surge.

Mr Johnson’s address tomorrow will chart the way forward for the country as it emerges from the coronavirus crisis with the threat of a recession and soaring unemployment looming.

He will say the UK “has a proud heritage in building outstanding infrastructure – from the Victorians pioneering railways, to the Thames Barrier that protects millions of Londoners from flooding”.

In a newspaper interview published yesterday, the Prime Minister promised the Government will invest to ensure the economy rapidly recovers from the lockdown without a return to the austerity of the David Cameron era. 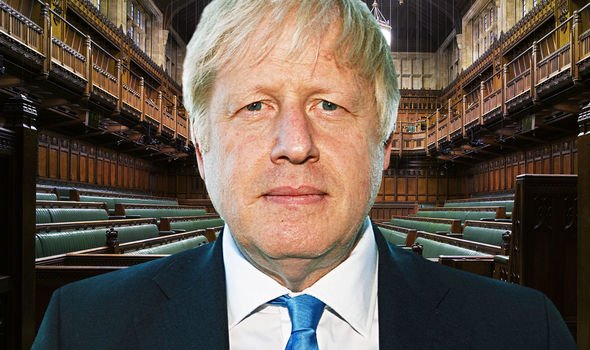 “This has been a huge, huge shock to the country but we’re going to bounce back very well. We want to build our way back to health,” he said.

“If Covid was a lightning flash, we’re about to have the thunderclap of the economic consequences. We’re going to be ready.

“The lesson is to act fast and we’re going to make sure that we have plans to help people whose old jobs are not there anymore to get the opportunities they need. We are absolutely not going back to the austerity of ten years ago.”

The Education rebuilding projects will be designed to make schools “greener” to meet Government targets to cut carbon emissions.

Ministers will be ordered to ensure the construction projects use the latest construction methods to create high-skilled jobs and boost the building industry.

The Association of Colleges, which represents the further education sector, last night welcomed the building pledge

David Hughes, the association’s chief executive, said: “This is a good first step by the Government to support colleges to be central players in the country’s recovery.

“After being excluded from the catch-up funding, colleges needed some good news this week to boost morale.”

Over the weekend, senior Cabinet minister Michael Gove signalled plans for a major overhaul of the Civil Service to better serve towns and cities outside of London and the South East of England.

In a speech to the Ditchley Foundation think tank on Saturday, the Cabinet Office minister suggested many Whitehall officials could be moved out of the capital to put them more in touch with country’s regions.

“Westminster and Whitehall can become a looking-glass world. Government departments recruit in their own image, are influenced by the think tanks and lobbyists who breathe the same London air and are socially rooted in assumptions which are inescapably metropolitan,” Mr Gove said.

“We can, literally, reduce the distance between Government and people by relocating Government decision-making centres to different parts of our United Kingdom.

“And in doing so we should be striving to reflect the full diversity of our United Kingdom.”

He added: “We need to be more ambitious for Newcastle, for Teesside and Teesdale, for North Wales, for the North-East of Scotland, for East Lancashire, for West Bromwich.”

Paul Whiteman, the general secretary of school leaders’ union NAHT, said: “We welcome the Prime Minister’s announcement that the future generation will benefit from investment to rebuild the dilapidated school estate.

“The funding increase promised to schools at the last general election, the £1billion catch-up fund announced last week, and the additional capital spending announced today now show that after a decade of under investment, the government is beginning to acknowledge that state education needs proper funding.

“Whilst we await the precise detail that will follow in the next spending review one thing is for sure – education must never be allowed to fall into such a perilous state again.”