According to the reports, the fire broke out at around 2.30 am. Family members said the house was hosting a family gathering and that some of the children inside had been sleeping over.

According to Pennsylvania State Police, three victims had been pulled from the smoking heap of rubble as of Friday morning, and an excavator was continuing to assist a search for additional victims.

According to troopers, the victims ranged in age from six to 70-years-old.

Lt. Derek Felsman said: “Three deceased have been removed, and we expect multiple more deceased individuals to be respectfully removed from the residence upon their identification. 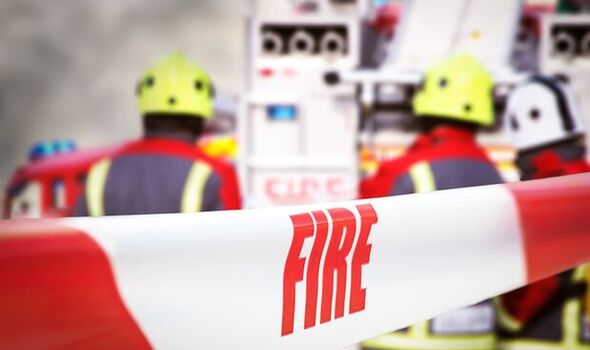 Among the first ones to reach the spot was Nescopeck Volunteer Fire Co. firefighter Harold Baker who was left shocked after he realised those trapped by smoke and flame were members of his own family — including his own children and grandchildren.

Mr Baker said: “The address that they gave us was the neighbour’s address.

“It was right next door to them. … When we turned the corner up here on Dewey (Street) I knew right away what house it was just by looking down the street.

“I was on the first engine, and when we pulled up the whole place was fully involved.

Mr Baker said the 10 victims the family expected would eventually be found included his son, daughter, father-in-law, brother-in-law, sister-in-law, three grandchildren and two of their cousins.

Mr Baker, who was relieved of his firefighting duties Friday because of his relationship to the victims, said there had been 14 people occupying the home.

One of them had been out working a newspaper route, and three others escaped the burning home, he said.

Firefighters desperately tried accessing the house to save the rest but were forced back because of the heat.

He said: “We tried the front way, the back way. There was no way we could get into it.