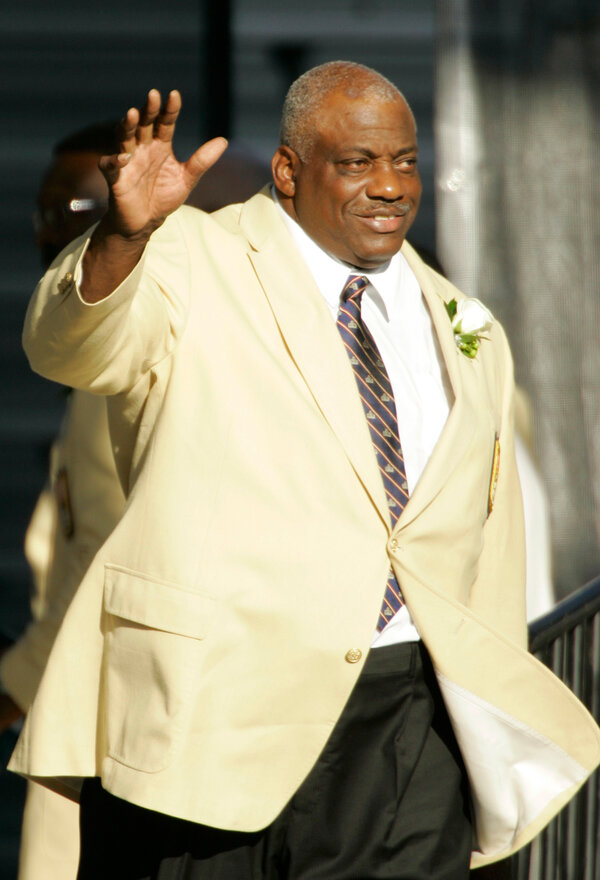 This obituary is part of a series about people who have died in the coronavirus pandemic. Read about others here.

After two losing seasons with a new head coach and an unproven young quarterback named Joe Montana, the San Francisco 49ers in October 1981 had a modest 3-2 record and were getting ready to face the Dallas Cowboys, who had beaten them in every game for almost a decade.

But something about the 49ers had changed. They’d just acquired a defensive end, Fred Dean.

In the first half of that game against the Cowboys, Dean relentlessly pursued the Dallas quarterback, Danny White; on one play he flipped 360 degrees over an offensive lineman en route to a sack.

During halftime in the locker room, Dean pulled out a pack of Kools and starting smoking. The entire team just stared at him, the San Francisco defensive back Ronnie Lott recalled.

Roused by Dean’s aggression and effortless confidence, the 49ers crushed the Cowboys, 45-14.

“He’s an inspiration to the rest of the group,” Coach Bill Walsh told The New York Times the next month. “Not that they were ragtag, but he gave us the single greatness we have to have.”

The team would go on win the Super Bowl that season, its first, and would remain a dominant force in the N.F.L. for nearly 20 years.

Dean died on Oct. 14 while being airlifted from a hospital in West Monroe, La., to Jackson, Miss. He was 68. The cause was complications of Covid-19, his son Mason said.

At 6 feet 2 inches and 227 pounds, Dean was “a shrimp” for a defensive end, according to The Times. He compensated for his size with speed and with strength in his hands that he had gained through training inspired by martial arts.

Dean was an All-Pro starter for the San Diego Chargers before San Francisco acquired him during the 1981 season. The 49ers made him into a pass-rushing specialist, playing him only when the defense took a 4-3 formation. He’d line up on the weak side, usually leaving a lone defender between him and the quarterback.

Dean had six sacks in a game against the New Orleans Saints in 1983, a record that stood until 1990. He helped lead the 49ers to a 26-21 victory over the Cincinnati Bengals in the 1982 Super Bowl, and to another championship in 1985 over the Miami Dolphins, 38-16. The Times attributed that victory principally to pressure the 49ers brought against Miami’s quarterback, Dan Marino.

Dean retired after the 1985 season and entered the Pro Football Hall of Fame in 2008. Edward J. DeBartolo Jr., the former owner of the 49ers, credited Dean with starting the 49ers’ run of success in the Super Bowl: They won the championship five times in a 14-year period. 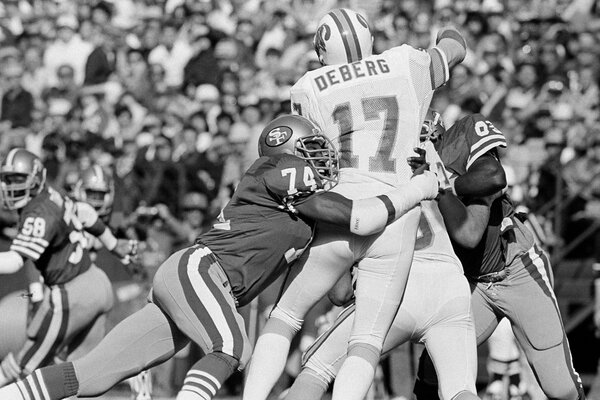 Frederick Rudolph Dean was born on Feb. 24, 1952, in Arcadia, La. His father, Rual Dean, was a dairy farmer, and his mother, Rosie (Giles) Dean, was a homemaker.

Fred’s upbringing, in nearby Ruston, La., was strict.

“Mom would whip me before she would leave and I hadn’t done anything,” he recalled in an interview with the 49ers. “I’d ask her why. She said, ‘Just in case.’”

At Louisiana Tech University, Dean led the football team to multiple national and conference titles. He was drafted by the Chargers in 1975.

His marriage to Irene Bolds ended in divorce. In 1990, he married Pamela Massie.

After retiring from football, Dean suffered financial setbacks and developed medical issues, including diabetes. To pay his bills, he had to sell his Super Bowl rings.

His life stabilized after he obtained a master’s in theology from United Theological Seminary and Bible College in Monroe, La. He became pastor of New Nature Ministries church in Ruston.

In his Hall of Fame acceptance speech, Dean reflected on the elemental struggle of being a defensive end.

“You get used to getting down in the dirt, getting your clothes dirty and wallowing a little bit,” he said. “I said to myself, ‘Hmm, I like the dirt.’”