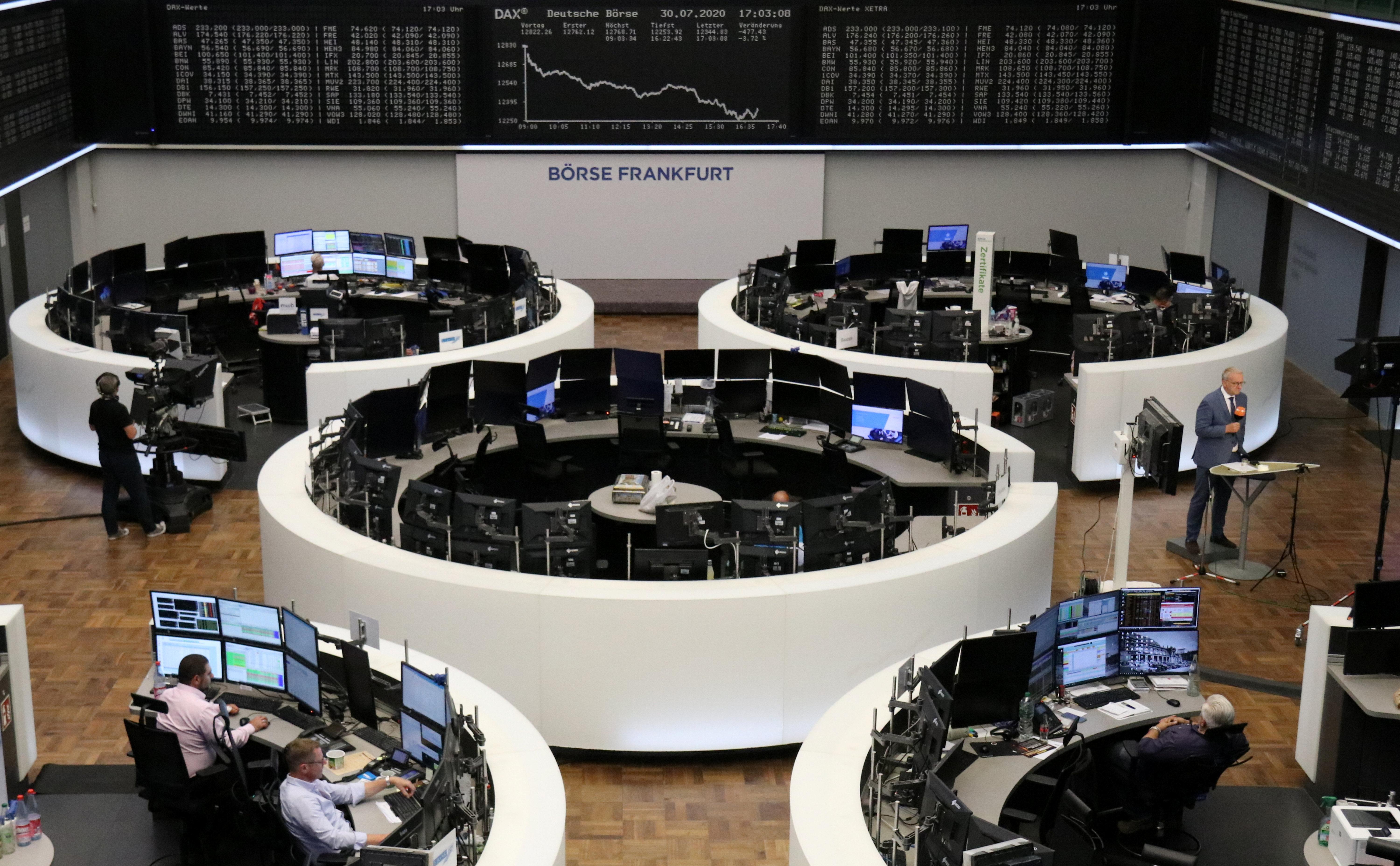 The top gainer on the STOXX 600 was Finnish telecom network equipment maker Nokia (NOKIA.HE), which surged 13.8% after reporting an unexpected rise in underlying profit as it reduced low-margin business.

The reports helped steady sentiment after weak U.S. and German economic activity data and concerns about the 2020 U.S. presidential election sent the STOXX 600 to a one-month low on Thursday, wiping out much of July’s gains.

“We had blockbuster numbers from Apple and Amazon, and updates from Facebook and Alphabet were solid as well. That’s lending some positivity to the markets,” said Connor Campbell, a financial analyst at SpreadEx.

“Partly, this morning’s gains are a reaction to the severity of yesterday’s losses, and end-of-month flows are helping market rebound a bit.”

Paris-listed shares .FCHI edged up 0.5% as data showed the French economy contracted by a smaller-than-expected rate in the second quarter and a bounce in consumer spending offered hope of recovery.

Italy’s numbers also came in better than expected, but Spain recorded a historic fall in GDP.

A resurgence in COVID-19 cases in Europe weighed on the mood as Britain imposed a tougher lockdown in swathes of northern England after a rise in the rate of coronavirus transmission.

In earnings-driven moves, BNP Paribas (BNPP.PA) rose 4.2% as it earned a higher-than-expected quarterly profit, boosted by a surge in fixed income trading and strong demand for corporate finance.

Nearly 50% of the companies listed on the STOXX 600 have reported quarterly earnings so far, and 64% of those have surpassed beaten-down profit expectations, according to Refinitiv data.

Italian shares .FTMIB got a boost as lender UBI (UBI.MI) surged 10.9% after Intesa Sanpaolo (ISP.MI) concluded its tortuous takeover battle for the company, securing 90.2% of its target’s shares.